I thought some of you might be interested in the sorts of projects that my boys are working on during their afternoon time. This time has been totally theirs to pursue interests, to fiddle around with stuff, and to be bored at times. I know that the years of having very few obligations on their time are coming to an end but I am not in a big hurry to fill the time up with more academics, sports, or classes. It has taken a measure of confidence that my children know what they want to learn about without interfering with their activities.

It is sort of, dare I say it, unschooling. I am here to provide the free time and to watch and make sure that they are getting the materials and information they need to move onto the next step. They many times are beyond my knowledge working on projects but they seem to find people in real life and online information to fill in where they need it. 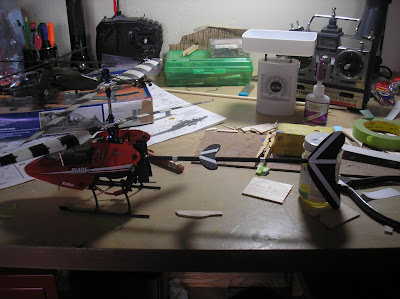 1. Remote control helicopter-learning to fly, fixing it when it crashes, improving the way it flies, and the latest endeavor is to make a paper skin for it to replace the plastic body parts. 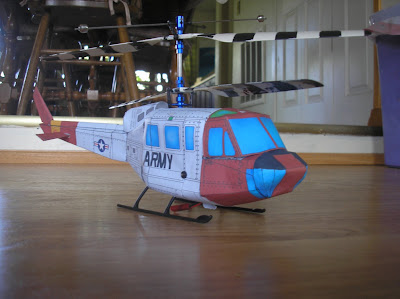 He printed the plans off the internet and realized that the scale was wrong so he had to adjust the plans to fit his helicopter. This was very time consuming and I am amazed at his concentration and focus on this project once he got started. 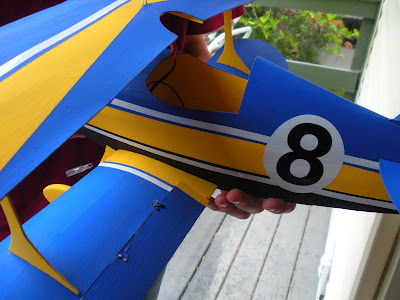 2. Making a remote control airplane out of balsa wood totally from scratch. He scaled the paper plans from the internet, made the airplane which took weeks, learned how to paint it, convinced his older brother to make vinyl stripes and a number for the sides, and adjusted the plane’s weight to fit the motors and parts he had on hand. He is nervous to actually fly it but I know he will do so when he is ready. He has joined an online discussion group for RC enthusiasts and they have helped him learn so much about this hobby and I am very grateful. 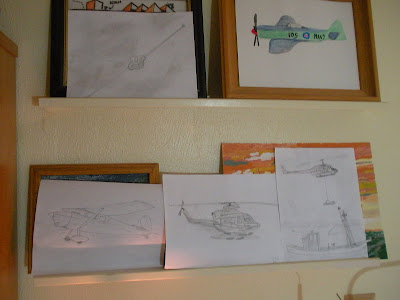 3. Drawing, drawing, drawing airplanes and helicopters of all kinds.
4. Training his Labrador retriever. He took a class with her and now works with her everyday.
5. Skateboarding back and forth, up and down. Trips to the skate park just about every week.
6. He has been working with me in the garden doing heavy duty planning and then implementing. I love that he has an interest in gardening because it is actually something that we can do together.
7. Trumpet playing.
8. Weekly volunteer work. 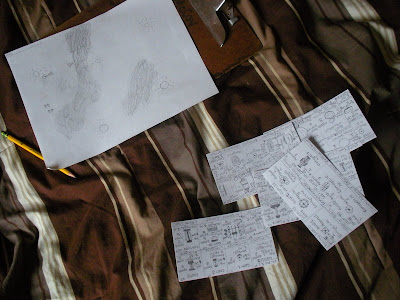 1. This guy has a logical bent and loves to design games on paper. He is in the middle of creating what he calls “Space Nomad” and here are some of the game cards and the maps he is using to create a whole world. This involves lots of paper and pencils and cards and time just thinking. 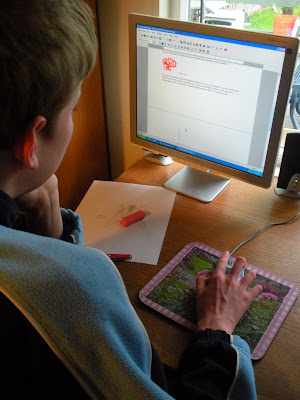 Here he is writing the instructions for the game…I think he is on page five right now. I have looked at it a little bit and it reminds me of a combination of Risk and Chess. His older brother has been helping him a little to design games on the computer and he thinks it is hard stuff but he doesn’t give up.

2. Basketball. This child spends hours a week dribbling and shooting in the driveway at our family’s basketball hoop. I watch him sometimes and he is so intent on his skills, drilling himself over and over until he has a certain move down perfectly. I was a basketball player in high school and I never worked as hard as he does at learning and improving basic skills.

3. He also has informed me that he is going to write a book over the summer break. He spends a lot of time thinking about this project as well. 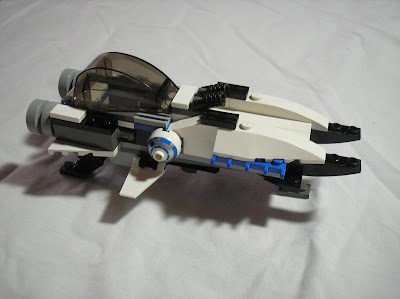 4. Lego building. He has two things he seems to work on the most.
*He spends a lot of time using Lego 3-D Designer. He finds something he wants to create digitally and then works at it until it is just right. I watch him work when he doesn’t know I’m watching and he is amazing in the way he can spatially twist and turn the Legos on the computer until they are just right. 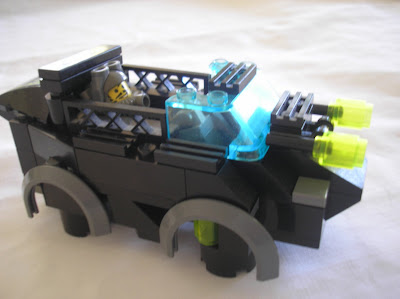 *The second thing that he does is to work on creating his own little Lego worlds and then photographing them and making them into movies. I have shared before a little about his projects but so far I have no way to share the finished projects with you. I wish I could because his sense of humor really comes out in his movies.
5. He also has joined in our weekly volunteer work.

Here is one project they worked on solving together using Lego Mindstorms and the book Lego Mindstorms NXT: The Mayan Adventure. This book is fantastic for a little more advanced robotics student. It lays out a task and then they have to build a robot to perform the task. This robot needed to move down the string until it was over the bowl and then drop a ball in. They made it so it was clap activated. You will see what I mean when you watch the video.

Isn’t that fun? This is something that they love to do and I see so many important life skills involved in this sort of project. I think it took them four weeks of working to plan the robot, build it, test it, rebuild it, test it again, rebuild it again, and then finally get the results they were looking for.

Can you see how this sort of learning can enrich your high school experience? I think that as parents, homeschooling parents, we begin to think that our teens need a certain course of study in order to keep pace with students in public school. I am seeing the value of allowing our children time to keep exploring with different projects now that they are older and can do most of the work themselves. Most of the time I am not involved at all with their afternoon activities. They come to me when they get stuck or when they are lacking some sort of supply. I will pop in every now and then to see what they are working on and then see if I can find someone or something to help them to get going again.

I ended up giving Mr. B my old digital camera to use on a regular basis. I regularly take Mr. A to the hobby store to buy his supplies. I drive him to his part time yardwork job because I know he likes earning his own money to support his RC projects. I try to be aware of their interests and feed them with books and movies and field trips. It isn’t at all like school but more like living an authentic life with my teens. We aren’t at odds with each other.

They finally have the skills to be self-educated and the balance of academics in the morning and afternoons free for this self-education seems to work well.

We have been working hard in the grammar and middle school years to instill good habits and skills and now that effort is paying off big time. Why not allow them the time to show you what they can do on their own? I have had to step aside, give them control, and provide the opportunity. They have followed their hearts.